Trenberth on the Coming El Niño: How Big, Not If

From And Then There's Physics(*), Kevin Trenberth says he thinks the weather services are being conservative in their estimates of a coming El Niño, and that the question in his mind isn't whether there will be an El Niño later this year, but about how big it will be and if it will be as disruptive as the 1997-98 Monster. 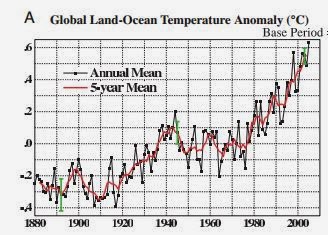 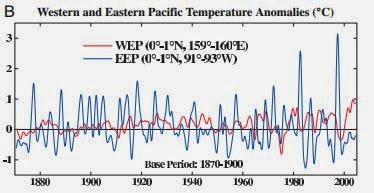 Last week's Nino3.4 temperature anomaly jumped up to +0.4°C, higher than it's been since November 2012. (An official El Niño happens when, I think, the 3-month running average of this region's anomalies is above +0.5°C.)